Eighth Centenary of the Franciscan Protomartyrs

In 1220 the Friars Minor Berardo da Calvi, Accursio and Adiuto da Narni, Ottone da Stroncone and Pietro da San Gemini were killed in Morocco. At the sight of their torn bodies, the Augustinian Canon Fernando da Lisbon decided to put on the Franciscan habit taking the name Anthony, with which he is venerated today as a saint not only in Padua but all over the world.

Eight hundred years later, the diocese of Terni-Narni-Amelia and the Franciscan order intend to celebrate this anniversary: it offers many aspects that address issues and challenges of today. For example, it recalls the importance of combining love and sacrifice if the first is not to remain elusive and the second unproductive. Similarly, the life of the martyrs recalls the Christian’s way of life and that of every person who is called to live in gratitude; gratitude which is then expressed in spontaneous self-giving to one’s brothers and sisters.

This centenary is an opportunity to rediscover and appreciate the historical, artistic, social and landscape heritage of southern Umbria with a view to a much needed spiritual, cultural and humanitarian rebirth.

The various initiatives of this year will be announced on Facebook at facebook.com/Centenario-Protomartiri-francescani

Beyond Damietta: from Francis and the Sultan to the Future

2019 witnessed a number of events recalling the encounter between St. Francis of Assisi and the Ayyūbid Sultan al-Malik al-Kāmil eight hundred years ago. Now that the anniversary has passed, a roundtable discussion looks to the future of Muslim-Christian relations, particularly in connection with the Franciscan family.

In an atmosphere of prayerful reflection, panelists will discuss recent initiatives and possible initiatives to advance dialogue and will invite those in attendance to surface their own ideas – as concretely and practically as possible – for how Christians and Muslims can together move beyond Damietta.

Peace and all Good!

The “CONTACT”is an open space where you can share stories and information on your JPIC ministry. You can send your stories to pax@ofm.org

The next issue of “CONTACT” will be published in March 2020.

The Relationship between OFS and YouFra: Challenges and hopes

With this small writing I would like to share with you my joy of being part of this great project of our Franciscan family. I reached in Rome two months ago and I am in the process of accommodating myself and getting used to my new house and to this pastoral work that the Order has entrusted to me and I assume it with a great desire to continue learning and sharing the rich experience of our Franciscan spirituality.

The first topic I would like to deal with is about the challenging relationship between the OFS and YouFra. When we talk about relationship in the human sense, it implies an encounter, a bond and an exchange. But, even more, in the Franciscan world, it is marked by the experience that Francis of Assisi had with Christ who was poor and crucified for love. Through this experience, Francis showed us the wonderful gift of the fatherhood God and the brotherhood among us, his children. 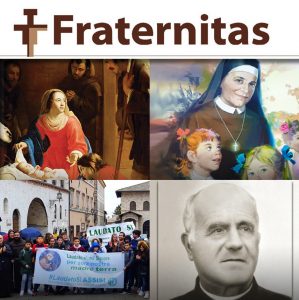 The January 2020 edition of ‘Fraternitas’ is now online and can be downloaded in several languages.

The UN Climate Conference (Cop25) began on Dec. 2 ended on Dec. 15, which was two days longer than its original schedule. The JPIC Commission of the Holy Korean Martyrs Province of Korea has participated along with its ally NGOs. Cop 25 was inaugurated with an ambitious theme, ‘Time for Action,’ but even though it was recorded as the longest Cop in history, the international delegates didn’t reach an agreement on several sensitive issues without any meaningful progress in the negotiation. Moreover, it was quite frustrating that the crying voice of the people in Chile and other neighboring countries suddenly disappeared in the mass media as the venue was shifted from Santiago to Madrid.

Here are some points that were significant at Cop25:

The main concern of governments and negotiators is focused on the international trade markets that are transformed through the UN Climate Conference. In particular, they seek to reach a consensus over the interpretation of the market mechanism in article 6 of the Paris Agreement without giving up their national interests.

As it was evident in the atmosphere at the Climate Summit, when compared to the Cop21, Paris, the civil society and religious communities were losing their interests in the UN Climate Conference. The main concerns of the UN and governmental delegations are strictly aligned with market capitalism, and they negotiate only for their interests. Therefore, civil society and religious communities should emphasize Just Transition, not the discussion based on the logic of market capitalism. In order to implement climate justice, responsibility for loss and damage to indigenous peoples in climate-affected areas must precede the carbon market discussion. To do this, phrases about loss and damage must be embodied in the agreement, but Europe and the United States are opposed to it.

The Korean delegation consisted of the NGOs such as the Energy Climate Policy Research Institute, Green Korea, ICE (Interreligious Climate & Ecology) Network, Green Asia, and OFM JPIC Commission of the Korean Province. The participation in Cop 25 was smaller than ever before. There is hardly any networking between various organizations for climate justice in Asia or any other country. Indeed, civil society in Korea has not focused on the global climate crisis while focusing on several domestic issues. In the future, we will face the task of expanding the coalition for climate justice through international networking as well as training experts on the climate crisis. Religious communities also need to be more sensitive to the gravity of the climate crisis. After all, the Gospel is not about seeking only for the individualistic relief but the spirituality of community and solidarity. 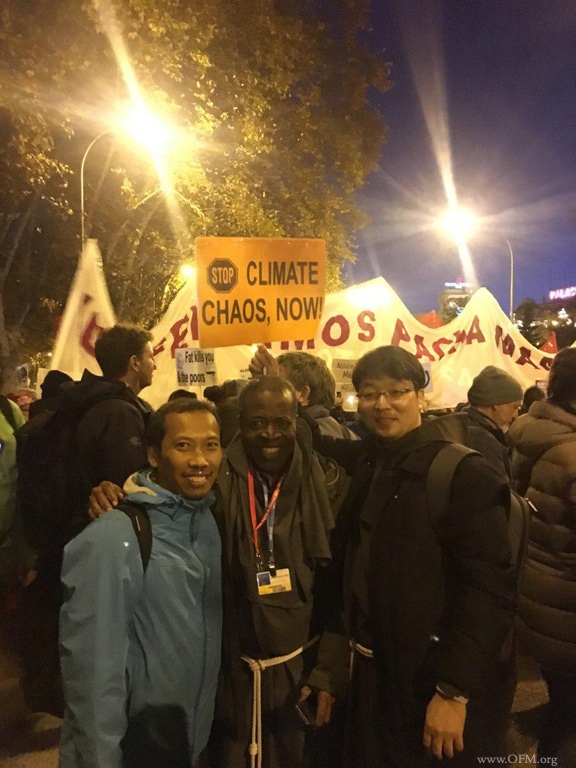 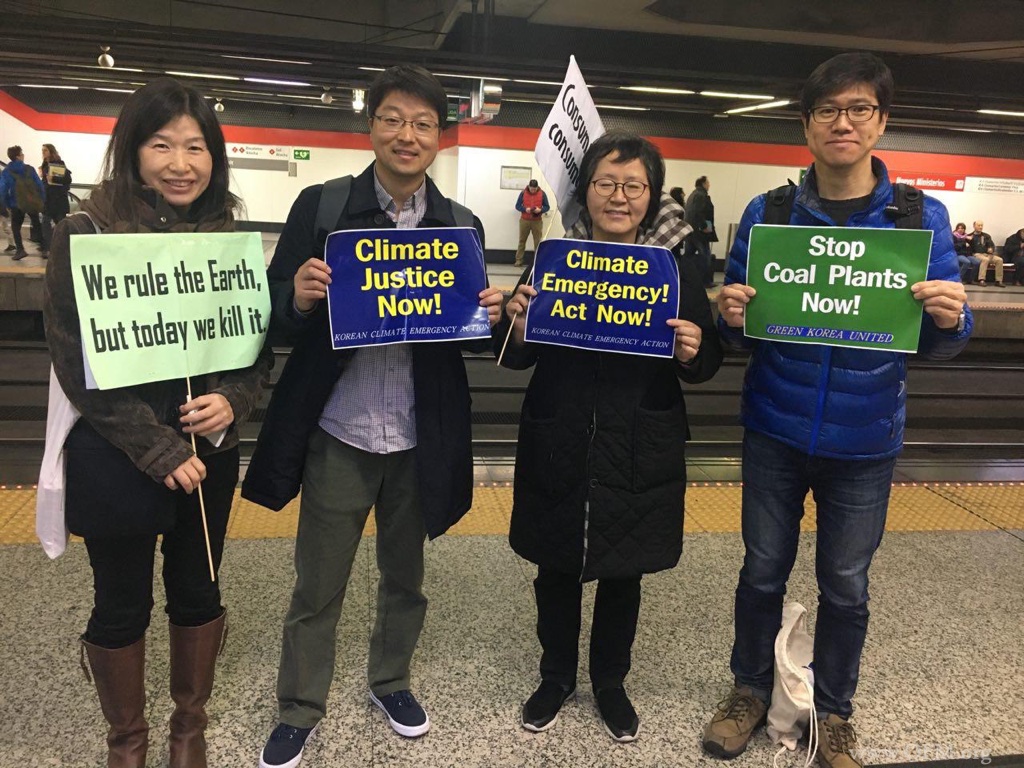 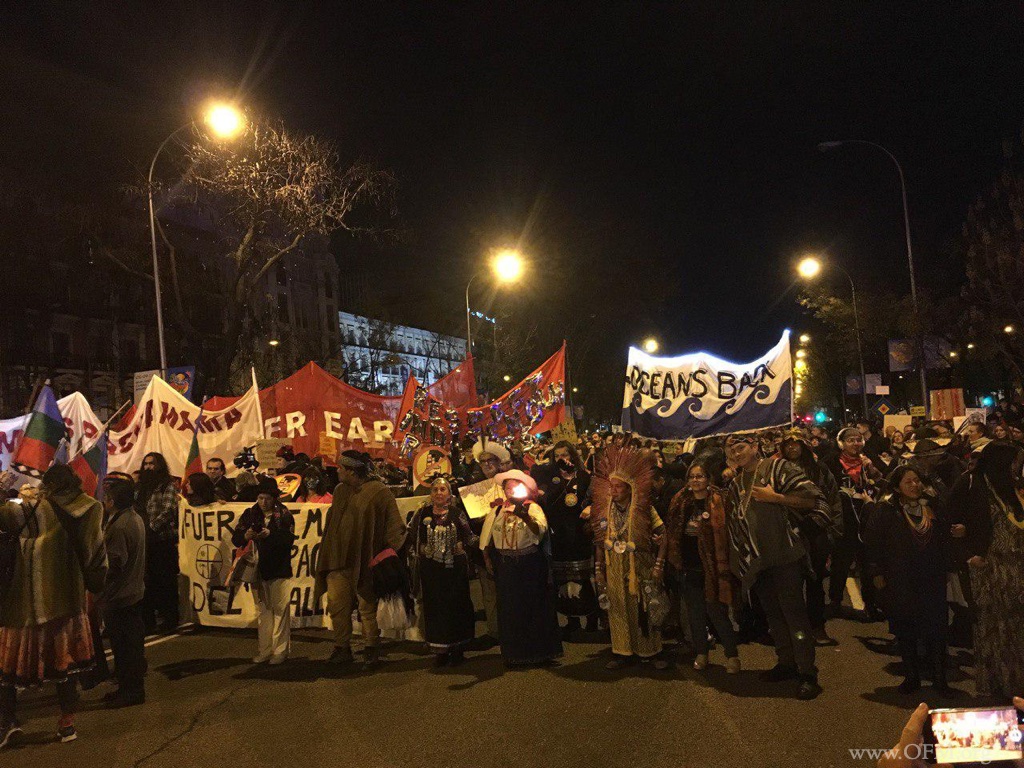 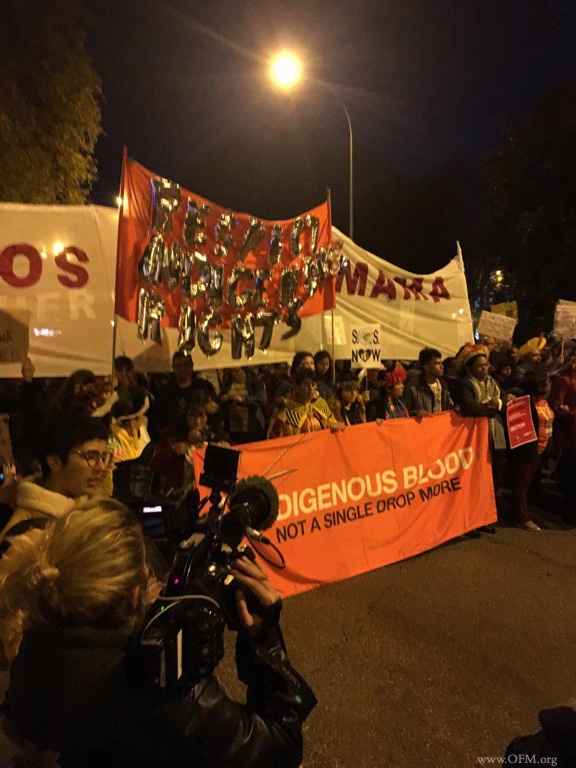 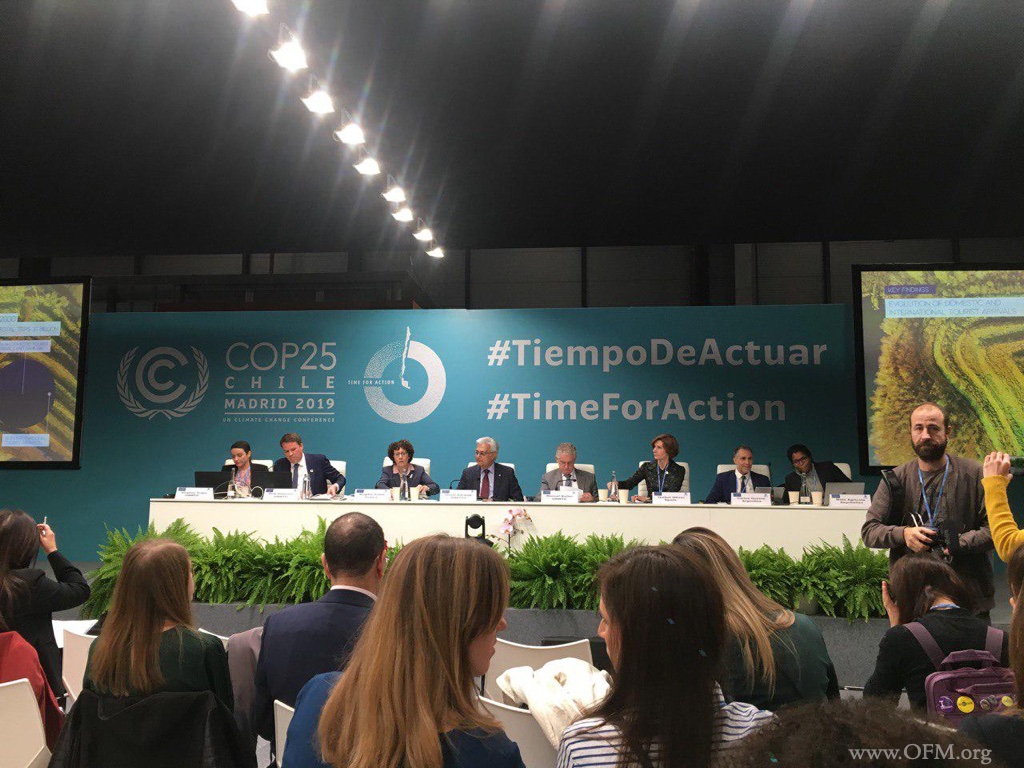 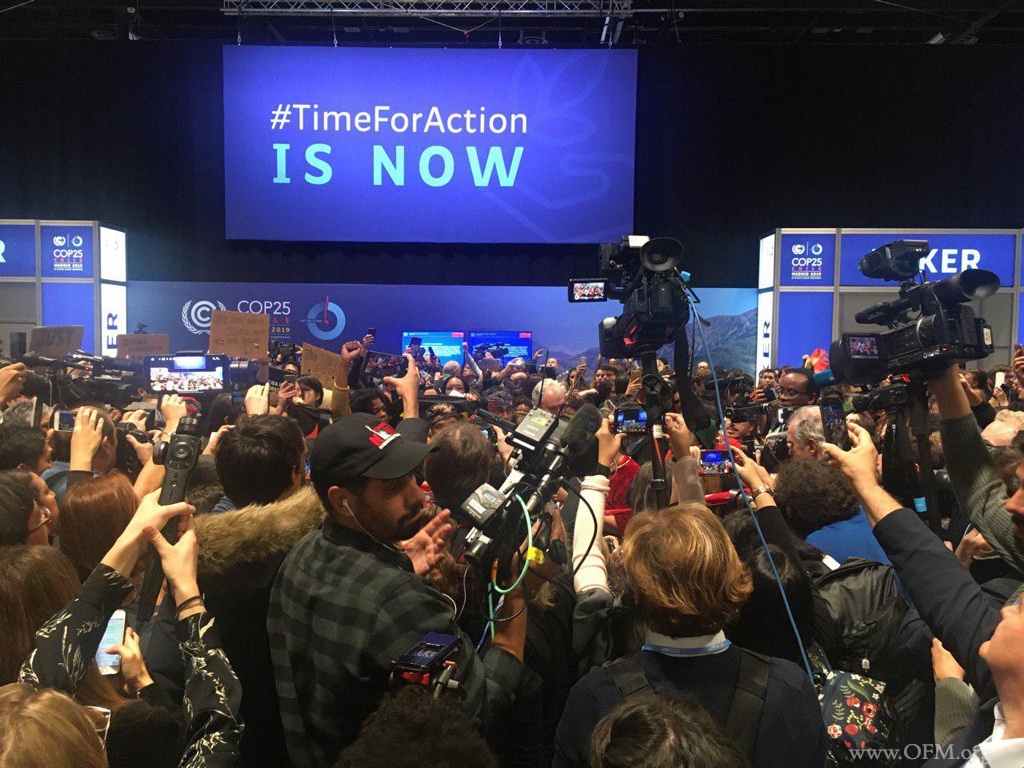 United States Subconference of the English-speaking Conference of the Order of Friars Minor. Privacy Policy This work is licensed under a Creative Commons Attribution-NonCommercial-ShareAlike 4.0 International License.